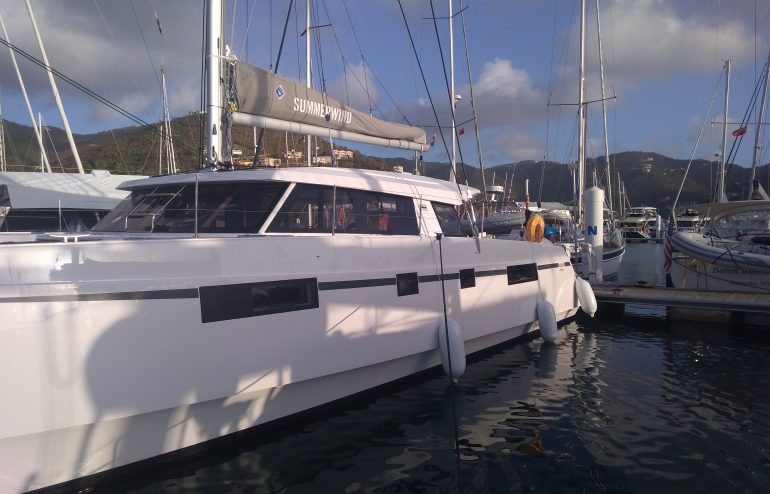 The last of 3 recent Nautitech 46s under contract with Reliance Yacht Management was delivered to Tortola this week. Summerwind was collected from La Rochelle, France where she was launched, commissioned and completed Quality Control. Leading delivery Captain Nicolas Boutteloup and the crew completed their preparations, departed France on the boat’s maiden voyage. The proud owner was in France to see the start of the delivery and he was there in Tortola to meet the crew on completion. The yacht arrived in immaculate condition.

enjoyed working with you and Nicolas…..it was a pleasure to work with you

The other 2 Nautitech 46 catamarans on delivery at the same time were Razzmatazz from Tortola to Miami Boat Show and Hull #85 France to San Francisco.